This is a guest post by our smart friend Olga Moshinsky Woltman of LemonSkies.

When it comes to fundraising, which delivers better results: doom and gloom? Or hope?

I’ve been pondering the idea of framing, the way we present information to prospective and current donors, both positive and negative, in hopes of securing a contribution. While there are academic studies on behavioral biases, there is not an overwhelming body of research when it comes to the impact of positive versus negative spin on charitable giving. So let’s break down what we do know.

Positive and negative framing is not much different from that old proverbial glass. Do you point out that the glass is half empty and must be urgently refilled? Or that it is half full and together we can fill it all the way to the brim? Positive framing focuses on benefit, gains, creating positive feelings. Negative focuses on, well, negative: losing something, fear of scarcity, and how to avoid pain.

In nonprofit terms, do you focus on the positive impact of donations – how your generosity will solve the problem, how many hungry children can be fed because of your contribution? Or do you spotlight the negative consequences of inaction, those same children going hungry? This positive and negative statement is often reinforced with a visual, photos and videos that convey either hope and potential or dire consequences.

Dollars and Cents: Does Positive or Negative Raise More Money?

Are donors more likely to open up their hearts and wallets when faced with people in need, rather than happy, healthy beneficiaries? Many fundraising professionals believe that to be the case. Super-smart psychologists agree: When making a decision, people rely on a “loss aversion” bias – meaning that their reaction to loss is more extreme than their reaction to gain.

While the evidence is not overwhelming, this lends tepid support to negative framing over positive in order to engage sympathy and spur action. Another study showed that describing blood donations as a way to ‘prevent death’ rather than ‘save a life’ increased donation rates.

So with this knowledge, what’s next? Even more heart-wrenching stories to make the budget? Sad photos touched up to make chiaroscuro more dramatic and faces more tragic? This is where fundraising and mission delivery face tension in their equally valid desire to maximize revenue and convey values. I am going to argue both sides here.

On one hand, as fundraisers, it is our job to raise funds for the mission. If negative framing (refraining from manipulation, of course) raises much-needed funds that ultimately benefit the very beneficiaries we serve, isn’t it the right thing to do?

Far from simple already, this ethical question has even more nuances, starting with the type of mission. I consider the portrayal of human beings as objects of pity to be more problematic than that of animals or inanimate objects.* Finally, it’s worth considering the context of timing: Is it more acceptable to message and depict dire situations (negative framing) when things in fact are dire, like in cases of emergency relief appeals?

Negative framing is not a prerequisite to fundraising success. The evidence in favor of negative framing is not sweeping, which means that a thoughtful, creative, and well-crafted message, positive or negative, can be impactful. For example, showing subjects as both worthy of sympathy and also as succeeding and overcoming actually mitigates the ethical qualms by portraying both real human vulnerability and dignity.**

Finally, stepping back to consider messaging from an ethical standpoint, rather than a departmental lens, can produce effective, resonant messaging even if the frame is a negative one. This requires the fundraising team to consider themselves a vital part of the mission, lending a natural inclination to deliberately consider how we portray subjects and their plight. At the same time, when fundraisers can engage peers within the organization who live in the so-called ‘mission side’ in fundraising planning, they can access a different lens to temper their strategy and instincts as fundraisers. When done well, this can give ‘non-fundraisers’ a sense of ownership of the fundraising goals, ultimately producing messaging that is both successful with supporters and true to the organizational values.

*This is my personal belief, grounded in the notion that all human beings, whether they are writing the check or are beneficiaries, merit the same degree of dignity.

**I would be remiss not to mention a noteworthy example that does both with the positive and negative framing, using the reverse approach: starting from a peaceful place and then deteriorating along with the subject’s circumstances. Save the Children’s Most Shocking One Second a Day video demonstrates both the humanity of a thriving child and the dire need to help the vulnerable. 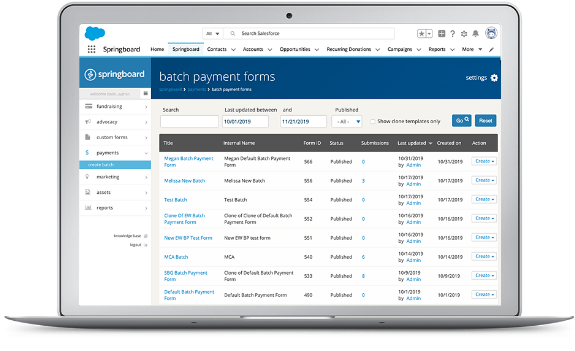